As of 9.13.2021 Snow Pond Center for the Arts is requiring proof of vaccination or a negative COVID-19 test at all indoor events. Masks recommended.  Details here. 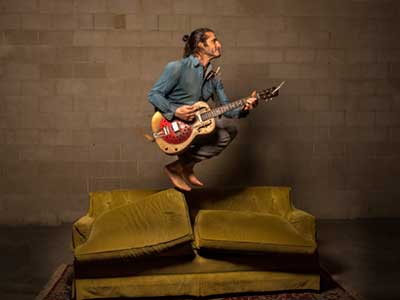 TALK TO ANY ADAM EZRA GROUP FAN AROUND THE COUNTRY AND THEY’LL TELL YOU THAT EACH AEG PERFORMANCE IS A ONE-OF-A-KIND, COMMUNITY-DRIVEN EXPERIENCE, PROPELLED BY THE SPIRIT OF THE PEOPLE IN FRONT OF THE STAGE.

Hailing from Boston, AEG’s unconventional approach to the music world has allowed them to surge beyond their beloved hometown and emerge as one of the most uniquely powerful, underground live music experiences in the country.

The musicians who make up Adam Ezra Group are all believers in the power of real-time connection with their audience, explaining their non-stop touring schedule throughout the year. Although their busy schedule was interrupted by COVID-19, AEG have managed to stay in touch with their fans through their nightly streaming concert series, “The Gathering”, which is watched by thousands of people every single night. This is just another moment where AEG have shown how important it is to them to stay connected to people everywhere, no matter how far away they are.