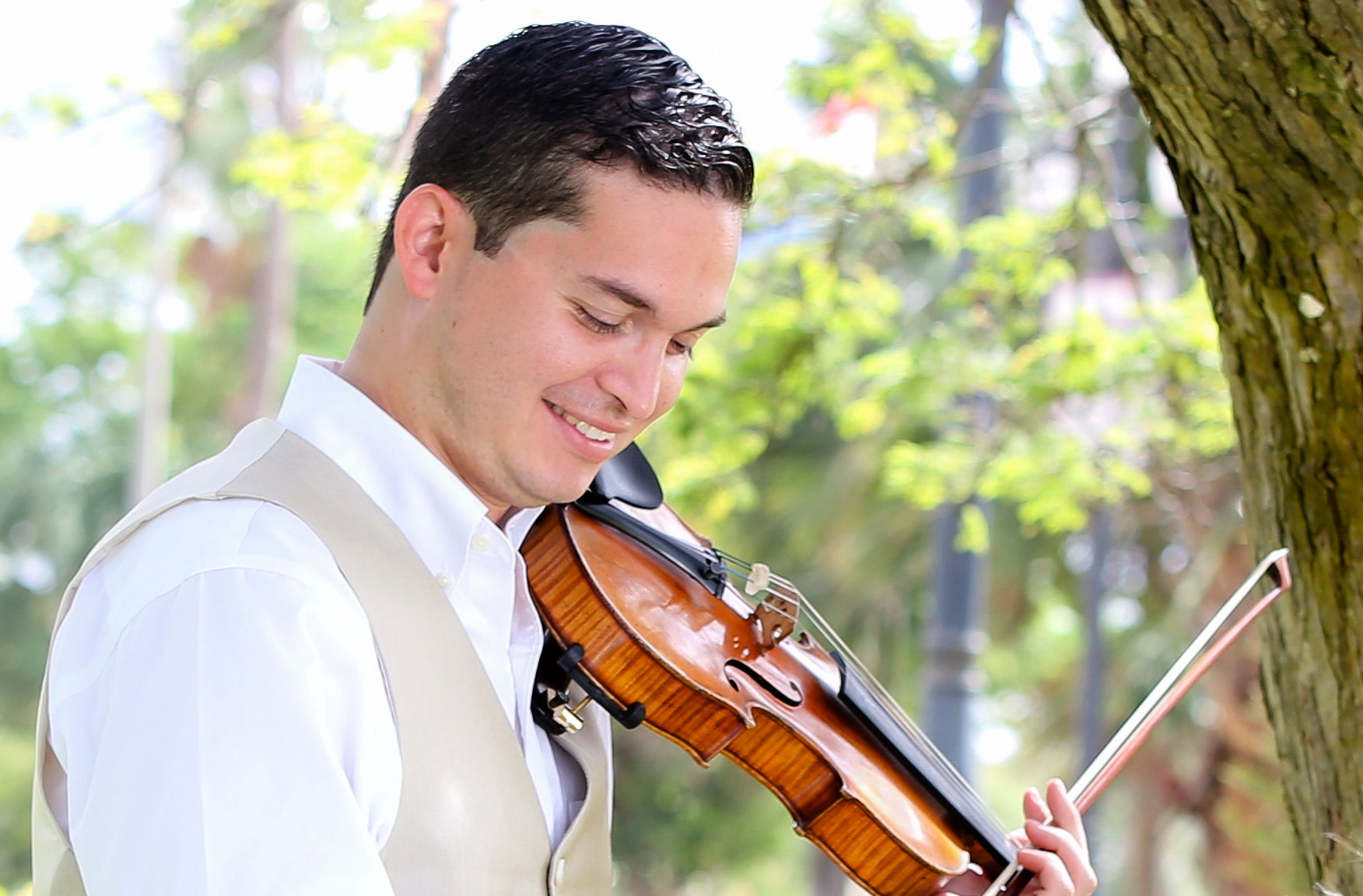 Simón Gollo is recognized as a multifaceted and charismatic musician who enjoys a successful international career as a chamber musician, pedagogue, soloist, and conductor. He is also a recording artist for the international recording label IBS Classical, and is represented, alongside the Reverón Piano Trio, by HALAC Artists and Meluk Kultur Management.

From 2012 to 2020, Simón Gollo was a member of the Dalí String Quartet, La Catrina Quartet and the Q-Arte Quartet—ensembles specializing in Latin American music—participating in numerous successful tours and performances within and outside of the United States. His discography with La Catrina Quartet, which includes a Latin Grammy–nominated recording, is available on the RYCY Productions, Inc., and Summit Records labels.  As a soloist, Simón Gollo has performed the greatest violin concertos with prestigious orchestras such as the Orquesta Sinfónica de Venezuela, Filarmónica de Bogotá, Orquesta Sinfónica de Salta (Argentina), Central Ohio Symphony (USA), Chamber Orchestra of San Antonio (USA), Orpheus Chamber Singer in Dallas (USA), and the Orquesta de Caxias do Sul (Brazil), under the baton of prominent conductors such as Conrad van Alphen, Theodore Kuchar, and Carlos Izcaray.  His passion for chamber orchestras led him to join the Orchestra of St. Luke’s in New York and to play leading roles in major festivals, tours, and concerts with other chamber orchestras such as the Camerata Nordica (Sweden), Post Classical Ensemble (Washington, DC), Music Institute Chamber Orchestra (San Antonio) and Dallas Chamber Symphony. In January 2020 he was guest concertmaster for the Orquesta Ciudad de Granada under the baton of Michał Nesterowicz.

Appointed conductor of the New Mexico State University Philharmonic in 2016, Simón Gollo has experienced extraordinary growth in this facet of his career that has not gone unnoticed. He has received numerous invitations to conduct both youth and professional orchestras through the United States, China, Mexico, El Salvador, Colombia and Brazil. Simon Gollo is the founder of Las Cruces Youth Orchestras, a preparatory program of the NMSU music department. The Las Cruces Youth Orchestras seeks to promote music as part of the cultural development in Las Cruces New Mexico, and the border region. Inspired by the philosophy of El Sistema; LCYO envisions social change through music that reaches young people with the fewest resources and the greatest need in its culturally rich communities. Throughout his career, Simon Gollo have served as the Founder and Artistic Director of various music festivals in Venezuela, Aruba, and the United States intended to educate and edify young musicians.

In 2020, his album “CHAUSSON,” alongside the pianist John Novacek, and under the label IBS CLASSICAL, received vast positive international reviews in prestigious magazines like Scherzo, Melomano, Mundo Clásico, El Diario de Sevilla, and Fanfare. In 2021, he was selected as the recipient of a “Spring 2021 College of Arts and Sciences Outstanding Faculty Achievement in Scholarship” at New Mexico State University. In 2022, Simon Gollo was appointed Artistic Director of the Snow Pond Summer Music Festival.